I'm hopping in the TARDIS again today, to take me back to August 2010.  Want to come along?  Keep reading, then...

I ended July with a party, and started August with a party.  Well, sort of a party.  Aleithia had discovered that a Youth theatre group was doing 'You're a Good Man, Charlie Brown' at the Lemon Tree as part of the Aberdeen International Youth Festival.  A group of us decided to go, including Lynch, who had never seen the show before.  It was a big hit with all of us.  What's not to love about it, honestly?  I even dressed the part as Lucy, because my sister always told me growing up that I was just like her.  I can see *some* similarities, if I'm honest, and not all of them always flattering... but I still see myself more as a Charlie Brown, though I do have both some Linus and Lucy tendencies.  I'll just leave it at that.

The next day, 2 August, was a momentus one for me.  Lynch agreed to be my offical photographer, and I'm so glad!  Otherwise I wouldn't have the awesome evidence of the day I submitted my thesis!  You can see those photos, as well as others from the month, here.  I started out by going to her office, the attic one, and using Joe's computer to use the university's printer to make the two copies I needed for my readers.  I took them to the library to be soft-bound, and then had about half an hour to wait before I could turn them in.  Lynch was ready for a break from her own thesis work, and the weather was nice, so we went for a wee ramble around the area-- through Cruickshank Gardens, around Seaton Park and St Machar drive, and back up to the uni.  By that time, it was time!  I went back to the library and the copy centre to pick up my now-bound theses, and Lynch accompanied me to Registry.  Now, usually anything that required a visit to Registry was sure to be an absolute nightmare.  I was expecting a nightmare, and instead got a delight!  After waiting in the queue, the lady in the window was not only helpful (and seemed to know what she was doing, which was a surprise, given other experiences there), but she was friendly!  That just never happens.  She congratulated me, and wished me luck on my viva.  I couldn't quite figure out where they'd found this person, but she must not have been a regular.  Still, it was nice... and I was done with the big part!  Lynch took pictures for me, and sang me a thesis-submitting song (to the tune of 'Happiness', from 'Charlie Brown'), and we went back to her office for coffee and chocolate and celebrations!  Jay even stopped by, bearing gifts in the form of a tube of Smarties for me (who was the smartie of the day, obviously).  It was great!  After Lynch finished her work for the day, I went with her back to her hoose, where we ate fish 'n chips (I think) and drank wine (I'm sure).  It was great to spend the day with her, celebrating finally being so close to being done.  Thanks, Lynch, for making it a fantastic day!

The rest of the month was full of fare-thee-wells and waiting.  Both RitaB and Aleithia were leaving soon, and we had some get togethers to send them off.  I helped Aleithia move flats just a few weeks before she left, which was wonderful for her, I'm sure.  Not me helping, the need to move.  Anyway.  RitaB also threw a big party, where we all ate food and sat around talking, trying not to be sad about the impending goodbyes.  I also spent the last evening she was in town, trying to help her pack all she could into the allotted one checked bag, and taking home with me all the stuff she couldn't, in order to redistribute it to people who might want or need it.  Except for her beloved sleeping bag, which I ended up bringing home to reunite with her.  But that's another story.  RitaB had wanted to go to Slains Castle before she left, and we finally found a day that had nice enough weather to make the trek from the Bullers of Buchan down to Slains and into Cruden Bay.  I had done that hike with Barb a few years ago, and it is seriously one of my favourite places in all of Scotland.  I love it, and so I was quite happy to go with RitaB.  We hiked around the cliffs, took lots of pictures, and enjoyed all that the northeast of Scotland has to offer.  We didn't even get rained on that day!  It was glorious, and the photos are here.  It was good to have some fun things going on, because I still didn't know what the heck was going on with my visa, so I was still hopeful that I'd be staying in Scotland-- and I'm never happy with saying good-bye-for-now to friends.  It was hard, but I'd rather have known them and let them go than to not have known them.

Other than that, I spent my time trying to relax and catch up on stuff (like going to the cinema) that I'd not had time for in a while.  When the weather was nice (and sometimes when it wasn't), I got outside as much as I could.  I always enjoy taking photos, and the flowers were just amazing.  The photos of those, from the summer on campus and in Seaton Park, specifically, are here.  Now that the concentrated thesis work was done, it was both fun and strange to have all my time to myself.  I have never been very good at waiting, though, so I was anxious to just get my viva done already, and be ready to graduate in November.

Thank goodness Lynch was around to keep me busy, with food and drink and cinema and chats and... oh, just being my friend.  Especially with everyone else leaving... 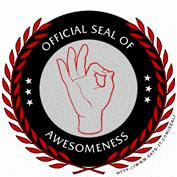